'Insanity is doing the same thing over and over again, but expecting different results.'

Ok, if I were to give you a simple choice between succeeding at your goals or failing, right now, which would you pick? Go on, it’s a simple choice. Winning or losing? Go.

Well sure, winning seems like the obvious choice but right now I’m going to (completely expectedly, given the title of this post) go with the losers. Why? Because failing is way, way more important than succeeding in the long run.

Just take a quick look at my slow change timetable:

The first thing that meets your eye here is the lovely long series of ‘Target met’ notes. Hooray! The system is working. Except… Hang on, what about those two days where my targets weren’t met? Oh well, those are anomalies. They mean nothing, right? Everyone slips up. And in general I’m doing really well!

Yes and no. Yes, I am doing really well and yes, those days are anomalies. But anomalies can tell us a great deal about what may or may not be working in a system.

As you can see, the two days when I didn’t meet my target were Saturdays (uh oh) and involved being hungover and hanging out with my friends. Now, these days were failures because I didn’t do what I set out, but already they are very interesting failures because they have things in common. They have gone from being anomalies, to data that I can use. So, what do I do about them? Here are a few options:

b. Stop hanging out with my friends.

c. Descend into a pit of self-hatred and tell myself I’ll never meet my goals. 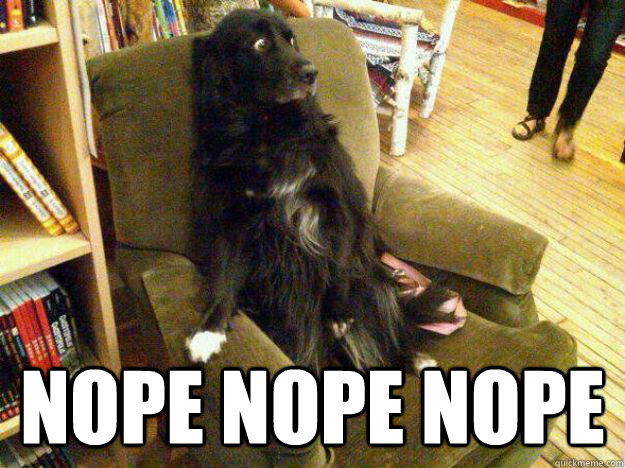 OR I could just be a bit more realistic, see that I’m very likely to get pissed on Fridays and be hungover on Saturday mornings, and build my healthy eating targets around this as this is showing itself to be my weak spot. In practice, what does this mean? Just a very slight shifting of tactics. What I’ve decided to do is:

And that’s it. These very small adjustments to my expectations meant that this week I met all my targets. I’m feeling pretty good about that.

And I’m absolutely indebted to my failures, because they taught me how not to fail again.

That old chestnut. You’re taking some faltering steps towards a healthier diet, but what does a Healthy Meal (™) look like? For me, it generally looks something like this:

I know, ok? I know. It looks like primordial ooze. It looks like that kind of black mould that grows in student showers. It’s actually a pretty tasty lamb stew I made yesterday, and polished off this lunchtime.

This is the kind of stuff I like eating. One-pan recipes, like stews, casseroles and curries, or anything involving pasta or rice. Total carb junkie. You might be more a meat and potatoes person, or all about the sandwiches. Everyone’s different.

Most diet-diets, however, have a pretty strict list of stuff you’re supposed to either eat or avoid. Eat more protein, avoid starchy carbs!  Eat loads of veggies, avoid fruit juice! Eat carbs, but only ones with the skin on! Eat babyfood! (Seriously.) Drink some weird sodding combo of lemon juice, chilli and maple syrup and poo out your small intestine every morning! (Still serious.)

You definitely, definitely have to be weirdly specific in order to achieve some magical super-combo of macro- and micro-nutrients that will finally make you healthy and give you abs!

Well, you do have to be kind of specific, so here’s the Golden Rule. Ready? Ahem. Here we go:

Well, not quite it. That’s not to say you should stuff your gob with 15″ pizzas and triple-maple-bacon-cheeseburgers and giganto-fries every meal. But seriously, if you like pizza and you try to avoid pizza, all that’s going to happen is you’re going to really, really miss pizza.

So work out a way you can include pizza but make it ok for your healthier meals. Maybe just have half or a third of a modest pizza with some salad. Or make your own pizza and keep an eye on the ingredients you use. Or if you really just want the stuffed-crust one that’s dripping in four types of cheese and pepperoni, keep it in as a once a week kind of thing.

There’s loads of ways you can be healthy and carry on eating your favourite things. Just don’t cut them totally out of your diet. If you’re tempted to because Mister Sweet-Gains-Bro down at the gym told you you’ll never lose fat if you don’t cut X-thing right out of your diet, think back to all the other times you’ve tried to do this. What happens?

You immediately want that forbidden thing way more. It becomes the Most Desired Thing Ever. Even if it’s something you don’t particularly eat that much. You’ll want it because you have decreed that you can never have it.

I’m a carb junkie and I tried following a diet a while back that was super high protein and quite low carb. And what happened? After the first initial rush of Hooray-New-Thing, I got bored of all these endless slabs of meat I was having to force down and went on a mega binge of pasta, cakes, biscuits, sandwiches and ALL THE THINGS. Then felt terrible, stopped trying to eat healthy… Blah blah blah. All the usual.

The point is, you will want your favourite foods. Full stop. If you learn how to cook them healthily, you’ll enjoy healthy eating way more than if you’re trying to shoe-horn in meals you’ve never been that keen about. And if you keep the option open to have the full-fat-cream-and-OMG-yes-I-want-extra-syrup version from time to time, you won’t feel deprived.

Oh, and don’t turn into Mister Sweet-Gains-Bro. He eats chicken breast and broccoli 24/7. Probably chia seeds too. I mean, come on. That’s no way to live.

The target I set myself (having healthy lunch every day this week) isn’t exactly an onerous one. However, just six days in and I’ve managed not to meet it.

Yesterday I was a bit hungover from an excellent Friday night of pints, pints, wine and pints, so I had a Magnum for breakfast (it’s one of your five a day, right?). Then for lunch my fella and I went to the awesome local Persian place for a late (and large) lamb stew lunch, mopped up with copious amounts of flatbread. Then dinner consisted of more beer, and leftover takeaway pizza from the night before. A sum total of zero healthy meals.

So how am I going to deal with this?

Well, my usual tactics for dealing with failure involve wallowing in self-hatred, starving myself as much as possible, then giving in and binging on all the junk food EVER while watching crappy detective series for hours on end. Now, even I can see that this isn’t an amazingly good example of how to react to a setback. So this time, I’m going to do something different.

I’m not going to react to it at all.

That’s it. Nothing. Zilch. Nada. I’m just going to carry on as if it never happened.

That’s right. If I react to every little setback – and casting my mind back to previous attempts to control my behaviour, there will be loads – by beating myself up, I’ll make precisely no progress. If I try to ‘make up’ for not meeting a target by being harder on myself the next day, I’ll get overwhelmed and stop enjoying the process of slow change. So I’ll just mark down in my calendar that I didn’t meet the target and the circumstances surrounding me not meeting it, and then carry on as if nothing happened.

Then if a pattern starts to emerge – maybe everytime I get drunk on a Friday night, or go out with friends on a Saturday, I’ll be unable to meet my target – I can look at how to deal with this. Perhaps I’ll need to make or buy some meals so they’re ready in the fridge to be warmed up in the morning. Maybe I’ll need to ban the corner shop from stocking Magnums (practical!). But for now I’ve missed one healthy meal, there is no pattern, so I’m not going to cry over it or second guess myself.

The nice change here is that, despite doing something that didn’t fit the plan yesterday, I don’t feel awful today because I’m not blaming myself for it. Which means I’ve gone right back into cooking my healthy meal for today without a sniffle. (Today was lamb stew, and it was pretty bloody tasty.)

Not beating yourself up: turns out, it feels pretty good. 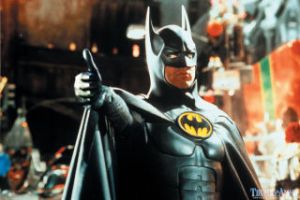